Monday 8th June sees the arrival of the Made You Look graphic design film screening in Norwich, something we’re feeling pretty hype about here in the Creative Giant studio Vegas pro 10. 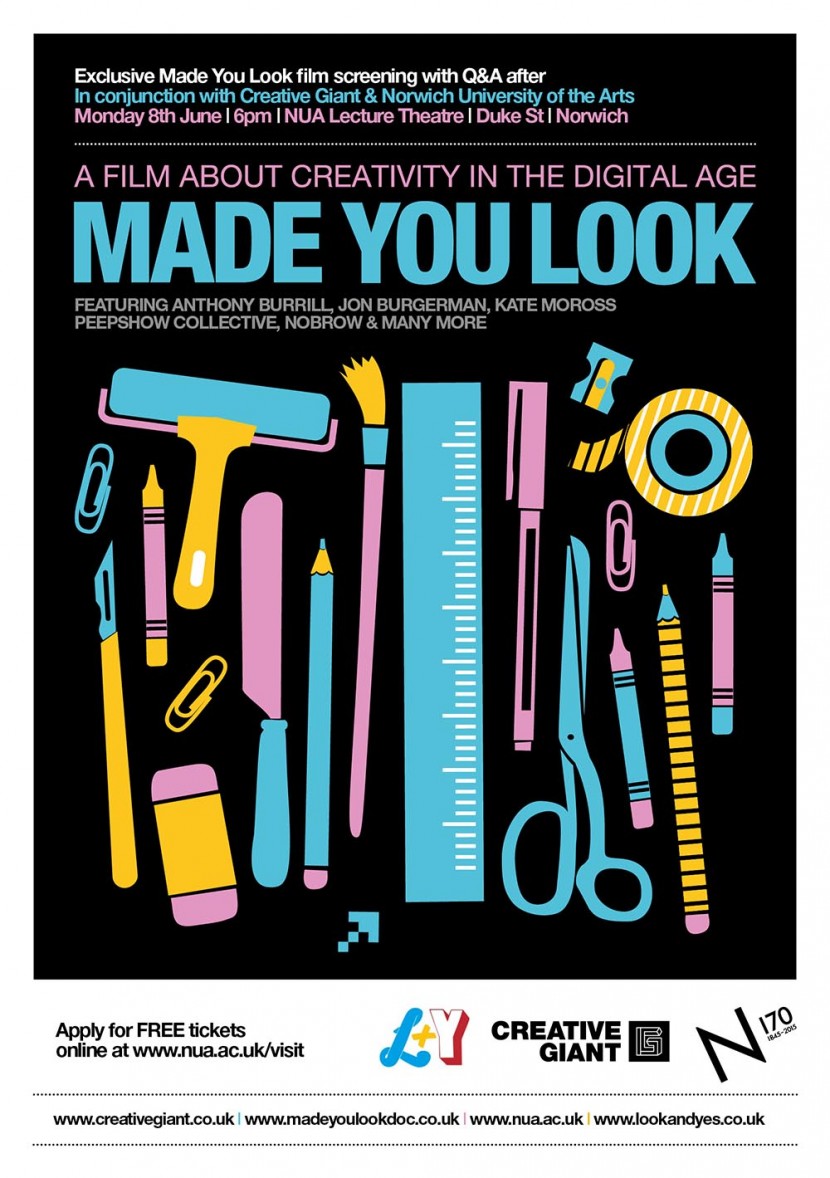 Made by documentary film makers Look and Yes, the film has been popping up at various UK design events and festivals over the last few months, Pick Me Up in London being one of those youtube video.

Norwich design agency Creative Giant (that’s us) in conjunction with Norwich University of the Arts are pleased to be bringing this exclusive screening to Norwich ahead of a full national release later in the year c# sqlite download.

The screening is open to NUA students as well as the local design industry, agencies and creatives. To apply for your FREE ticket head over to www.na.ac.uk/visit

The screening takes place at 6pm on Monday 8th June 2015 at the NUA lecture theatre on Duke Street in Norwich. There will be a short introduction by the film makers, followed by a Q&A session and further networking with drinks after that. The film runs for 68 minutes and we anticipate the Q&A to run for 30 minutes with the networking running to a similar timescale.

Made You Look explores creativity in the digital age via candid interviews with 17 leading figures in the UK’s thriving graphic arts scene. So much art is now created and viewed at the click of a mouse, so why do traditional, handmade methods and tactile objects retain an enduring importance in our lives?

The UK graphic arts industry has recently seen a new DIY movement emerge and alongside new leaps in digital technology. With the emergence of the virtual digital realm, is there a future for tactile objects and why are more and more creatives moving away from the computer and getting back to using their hands to create art? Made You Look explores the landscape of the commercial arts in the 21st Century, giving insight into how modern creative people feel about the challenges and triumphs of living in a hyper digital age. A rare and candid insight into the work of some of the UK’s top creative talent, including beautifully shot footage of artists at work and play in their creative environments.

Head over to our Creative Giant page on Facebook for more inside info, outtakes and forthcoming news on future events. We’re on Twitter, Instagram and Linkedin too if they float your boat.