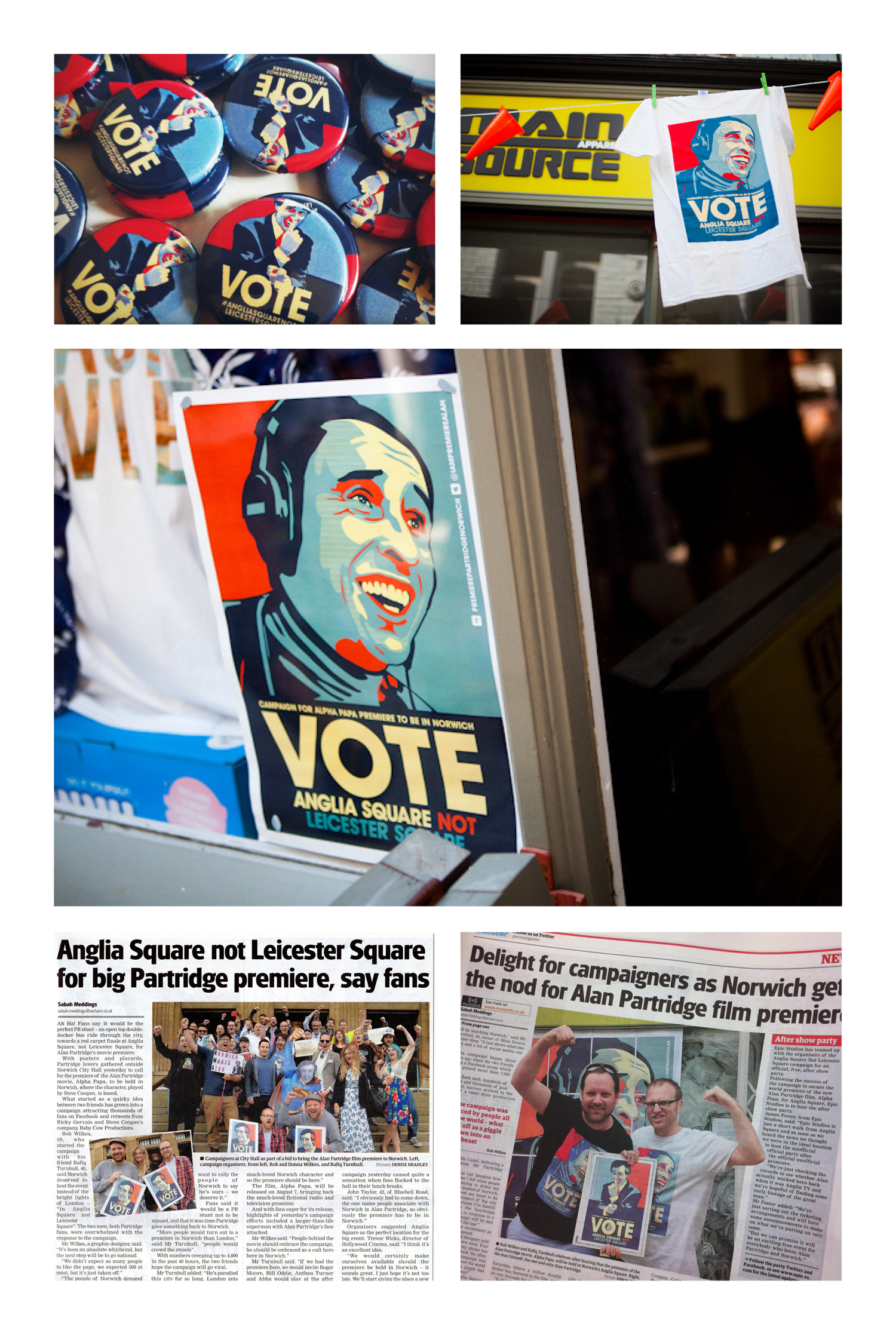 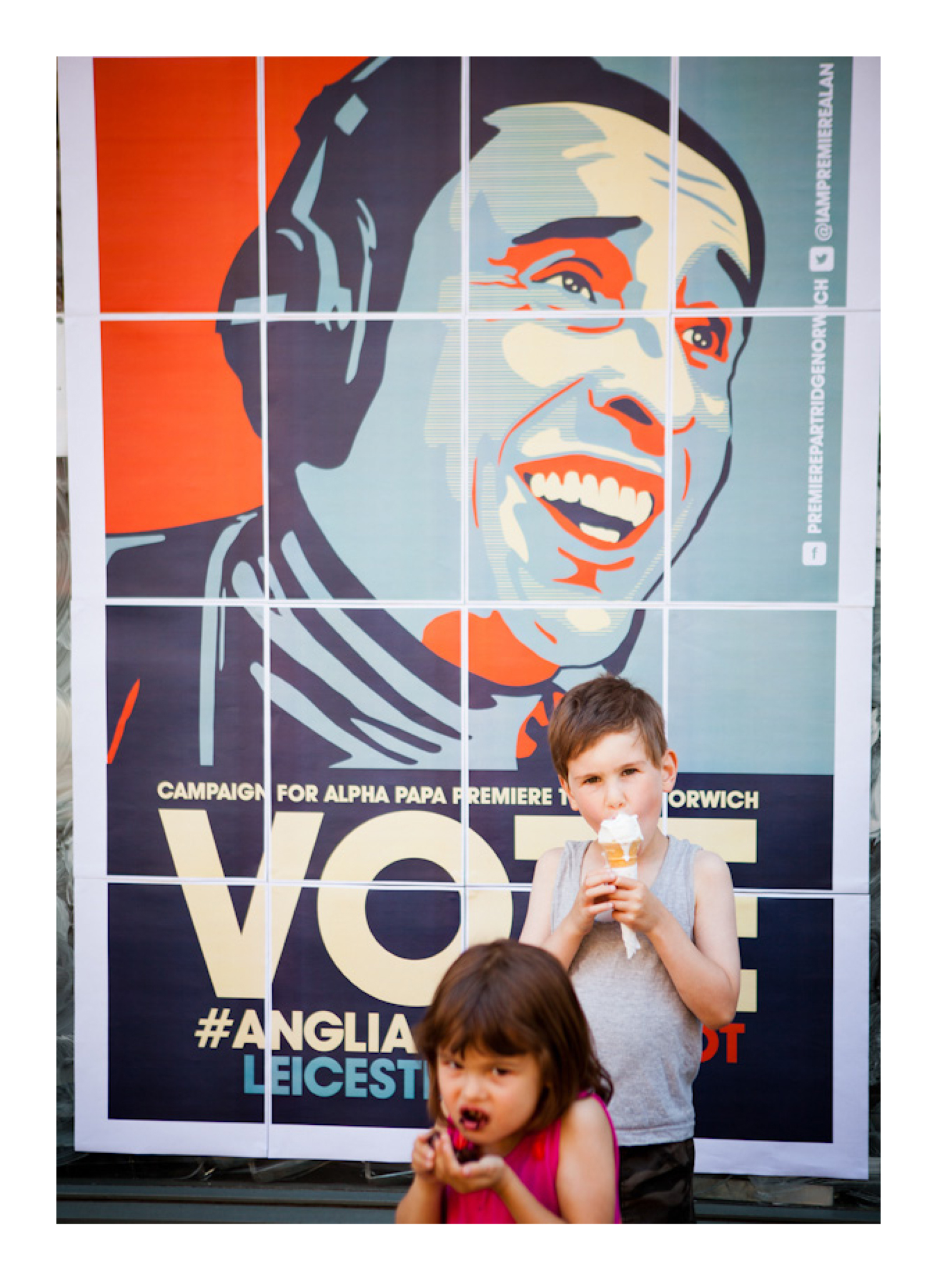 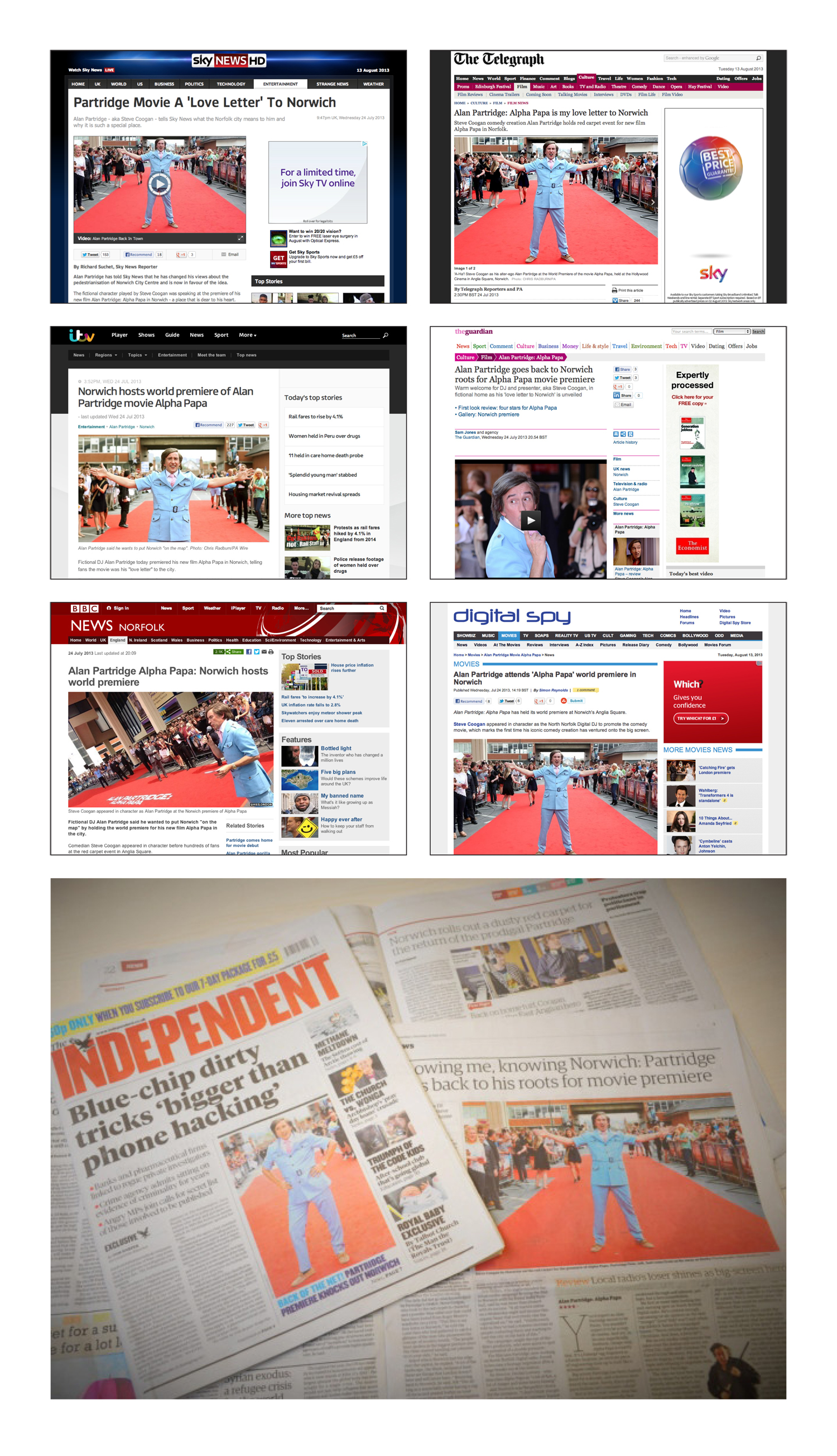 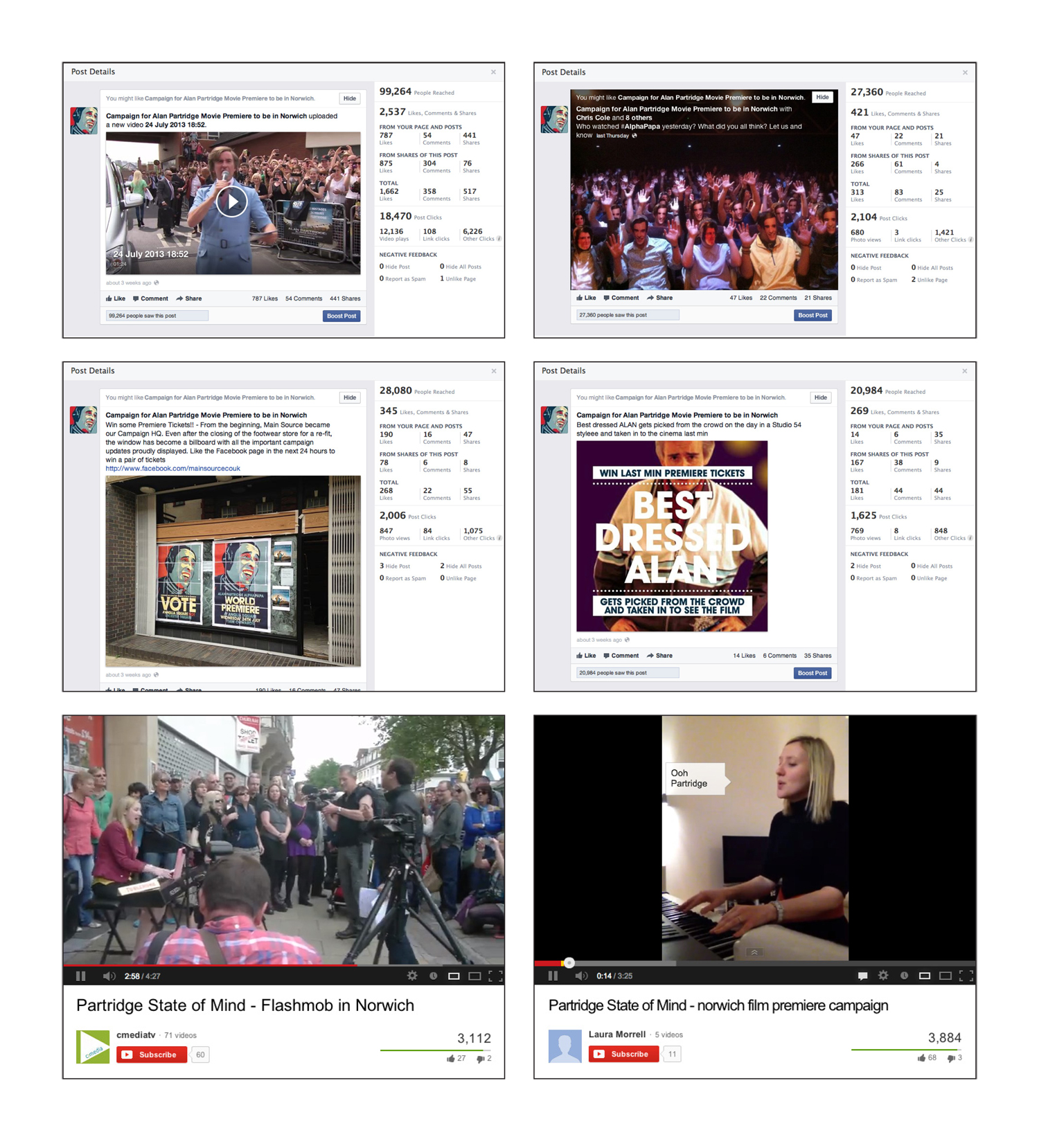 The Norwich social media campaign #AngliaSquareNotLeicesterSquare which successfully brought the premiere of the Alan Partridge movie, Alpha Papa to the city 다운로드.

The Facebook page for the campaign notched up close to 8000 likes at the height of the campaign, and had a total reach of 168,000 다운로드.

Twitter also played a big part, with around 1,300 followers it was certainly a route for celeb engagement and sharing of breaking news 다운로드.

The Norwich premiere hit national news headlines across press, web, television and radio, everyone from Sky News, BBC, ITV, The Guardian, The Independent, NME, The Drum, EDP, Digital Spy and The Metro 다운로드. Norwich continues to benefit organically from fantastic PR with some great coverage in The Guardian and Independent post premiere 오토런 다운로드. The film itself has topped the UK box office too!

We followed the campaign up with some editorial in the EDP Business Section explaining the strategy of the campaign, check it out here.